Why Must Thai Boxers Train With Weights? 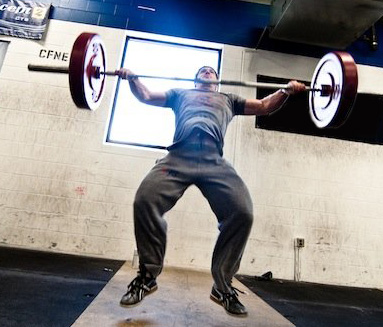 Thai boxers, like any sports person, are athletes. We are practising skilled movements requiring strength, agility and stamina (Merriam Webster’s dictionary definition of an athlete). So it makes sense that despite MuayThai being over 2000 years old, the current understanding of sports science and physiology has advanced.

Few boxers in Thailand are exploiting the advantages of supplemental strength and conditioning training, mainly for fear of bulking up, slowing down and becoming less competitive in a heavier weight category. Resistance training like a bodybuilder will result in these negative side effects for a Thai boxer, but training like an athlete won’t. If you’re educated in how to use weight lifting in your programme, you will get stronger, more explosive and have the endurance to smash it for 5-rounds without putting on any body weight.

Things in Thailand are beginning to change. In a recent blog post I spoke of Yodsanklai Fairtex training with free weights and kettlebells at the Fairtex Resort in Pattaya. Yod simply has access to equipment and trainers that most Thai boxing gyms in Thailand simply don’t have.

Take one look at the results achieved by the athletes at the recent London 2012 Olympics. More World and Olympic records smashed. In 4-years time in Rio, Olympics athletes will be even better. It’s an arms race, where sports scientists are researching human performance and coaches are practically applying these principles to their athletes.

In my post about the Sports Performance Training & Coaching Model, I said:

“Remember, if all else is equal, the better conditioned fighter will win. Muay Thai rewards power and effect, and the rounds are of increasing importance as the fight goes on. Even technically better fighters can easily lose a fight if they haven’t the energy or power to match their opponent in the latter rounds.”

Regardless of how good the best in the World are right now without proper strength and conditioning training, how good could they be if they did use it? Strength is the foundation of both endurance and power, which are both needed in abundance during a Thai boxing fight. 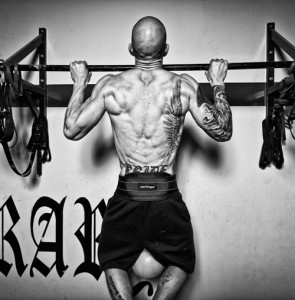 I’ll explain. If you’re only strong enough to lift your body once during a chin up, you’re not going to rep out many in a 2-min endurance test. If you can do a chin up with an additional 50% of your bodyweight you’re going to smash out plenty of reps in 2-mins, appearing to have far superior muscular endurance. Because each effort to lift your body was a smaller percentage of your flat-out maximum, you can repeat the effort many more times. Which one of these two fighters would your prefer to be in a gruelling 5-round clinch fest?

To be powerful, you need to move fast, generating a lot of force quickly. The greater your foundation strength (maximum force capacity), the faster you’re capable of accelerating — as long as you don’t bulk up. It’s fundamental physics, Newton’s second law of motion. However, although you cannot be powerful without first being strong, it’s also true that you can be strong and not powerful. If your training doesn’t convert your slow, base-strength into rapid muscle contraction then you’ll fail to become explosive.

For an athlete or fighter to improve, they must progressively overload to cause an adaptation. The key here is overload. Without sufficient stimulus your body either won’t adapt — because you can already cope with the demands you’re placing on it — or it will detrain, effectively reverting backwards (just like you do over the Christmas period).

To build strength you need to move heavy things. To progressively build strength you need to move something heavier than before. Once you can lift your bodyweight more than 5-times in any given bodyweight exercise, you’re not building strength — that’s physiology. Pure strength is a result of more efficient firing of the central nervous system, recruiting more of your existing muscle fibres rather than making them bigger. It’s about electrical signals and free weights are the right tool for the job. Get the intensity and number of sets and reps right and bingo, strong without bulk. 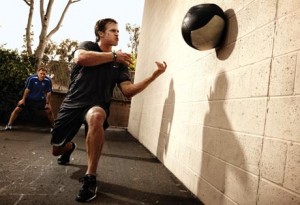 To get powerful you need to move against a resistance explosively fast. Again, correctly prescribed exercise quantity and load will cause your body to adapt. If you don’t get this right, it won’t happen. Sports science is a constantly evolving field, discovering new things and dispelling previous understanding of how the body works. This research filters through to sports performance coaches and they improve their craft, making their athletes even better. Don’t get left behind.

I hope you enjoy this blog, in it I’ll be sharing all that I’m learning about athletic performance and its application to our beloved Muay Thai. I want to help you smash your own personal best — and then go and smash you’re opponent.