Lessons from a Master 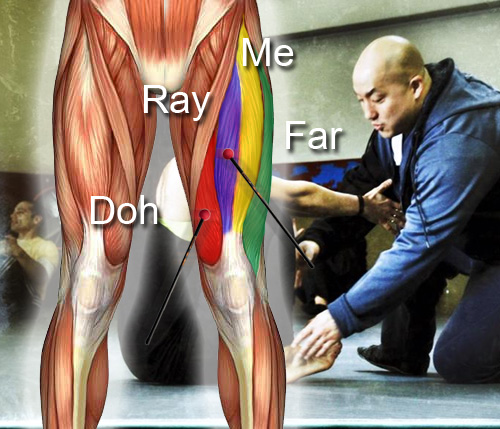 Following another workshop with renowned coach Will Chung, I thought I’d share some of the fascinating concepts that he weaves throughout his work, and also some of my own personal realisations as a result of being exposed to his teaching.

I’m physical capable, but Will’s simple warm up drills broke me and all the others in the room. It’s a humbling experience, and that was the point. How do I react? Will my ego accept the fact that despite a good level of athletic ability I’m seriously lacking at such seemingly easy physical tasks?

What I lack is sufficient strength and endurance in stabilising muscles, and lack understanding of how to efficiently structure my body for these movements. We all have weaknesses and hidden, unconscious compensations that our body makes to work around them. This isn’t a new concept on me, but just how easily this can be exposed (even in an athletic individual) is enlightening.

Will also explained that adjacent muscle groups should be controlled sequentially – played like a xylophone. For example, the thigh’s quadriceps muscle group can safely control the knee under bodyweight load even in valgus (inward) flexion if all muscle sections contribute sequentially along on the way. Short cutting from lateral (outside) to medial (inside) muscles without activating the muscle sections between is a recipe for injury. Thai boxers are subjected to forces applied at various, unpredictable angles as you work against a dynamic opponent. Your joints must be capable of withstanding this or injury is inevitable.

Will’s drills are awesome, but what’s even more impressive is how he uses them and why. Each movement progressively builds in sophistication, if you can’t perform one, regress and practice the previous drill to prepare you to move forward. The prescribed movements expose hidden inadequacies, and if practised also correct them and directly build martial arts structure – good biomechanics. This structure generates incredible balance, strength and power at a fraction of the energy cost – you must feel this for yourself to appreciate it.

Time and time again Will demonstrated that your most stable structure lies at a 45 degree joint angle. The objective is to maintain your own 45 degree angles while moving your opponent’s joints outside of 45 degrees and collapsing their weakened structure. Circles also feature heavily, both in expansion and contraction. Becoming like a turbine, either bouncing the opponent off your structure or dragging them in, chewing them up and destroying them.

All of these fundamental principles are scaled on multiple levels and at various joints in the body – kind of a fractal approach. Will also seamlessly blends more esoteric concepts into his teaching, encouraging you to be present, feel the movement, to be ‘in flow’. And to be totally yourself, making the movements your own expression rather than attempting to mimic anyone else. For me, this is when the magic really starts to happen.

A realisation that I’ve had was also echoed by Will when he stated that your body follows your intent. He illustrated this with an example of the observed body language of a person seated on the floor as they stand when asked to a) go and dig a hole, b) come for an ice-cream or beer! Same person, same level of fatigue, entirely different motivation and body movement.

You are left feeling that all this is simple – that’s the way Will builds the bigger picture. His gift for keeping things simple by looking for commonalities rather than focusing on the differences, cuts through the complexity.

This article gives you a flavour of some of Will Chung’s principles as I’ve seen them, but what’s important is that you feel the concepts for yourself and form your own ‘way’. If you get a chance to attend a Will Chung workshop, do it. I guarantee if you have an open, receptive attitude and can face your ego honestly, you’ll leave with something permanent and very special.

You can find him here: >> Will Chung’s Facebook Profile