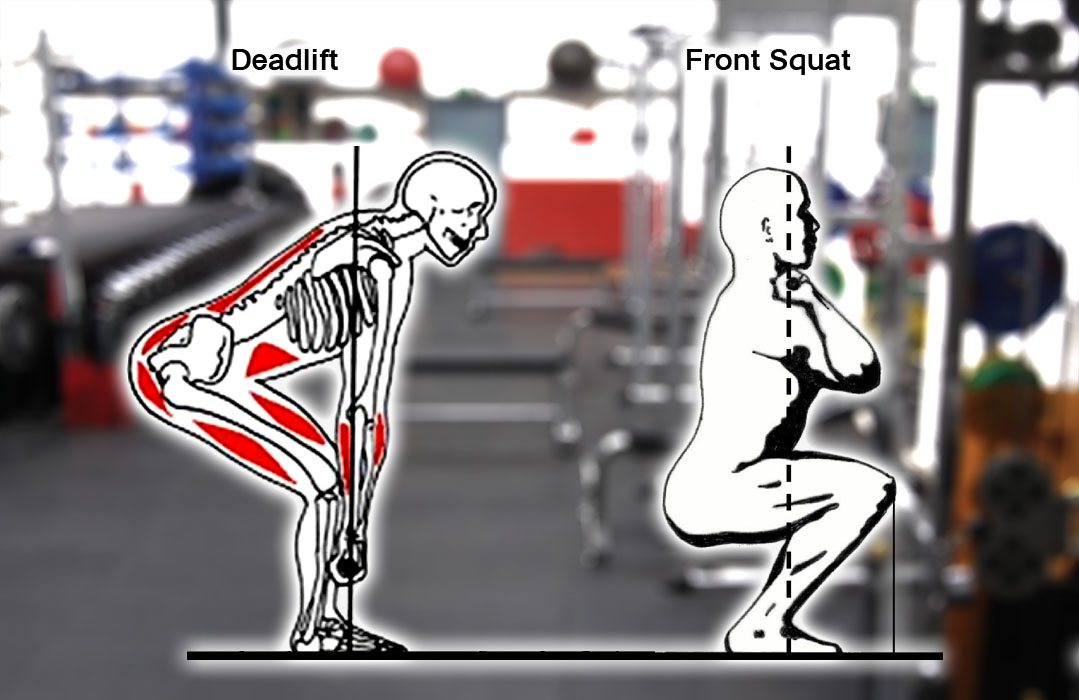 After explaining my reasons for selecting the exercises in session A of my ‘Building Functional Muscle for Muay Thai’ routine, here’s the same for session B.

To briefly re-set the scene, although weight training needn’t add unnecessary bulk (it depends on the intensity and the volume of lifts that you use), this routine does add muscle mass, but targets development of functional mass that aids athletic performance with a proportional increase in strength.

Session B fills in any gaps in the fundamental movement patterns left untrained by session A, to reduce the likelihood of injury and balance athletic performance. If you’ve missed the details of the routine, check out the previous articles:

Now, here’s a breakdown of the exercises I selected for session B and my reasons for including them (beyond the info already stated in the above articles) .

The deadlift loads the hip dominant lower body pattern, the opposite extreme of the knee dominant front squatting pattern used in session A. The deadlift builds significant strength in the glutes and hamstrings, and serves as a foundation movement for future olympic lifts.

I’d like to take the opportunity to explain that I personally don’t like Thai boxers to use weightlifting belts while lifting. I prefer you to develop sufficient strength and stability in your own musculature to hold your position without depending on a belt. You don’t wear a lifting belt while you fight, so in my opinion you shouldn’t wear one in training either.

This lift adds the muscle building volume to the preceding deadlift strength exercise. Being a suspended squat, you can sit back into the exercise to allow greater glute and hamstring contribution. You can also easily trim the amount of arm assistance to achieve the required intensity for the given number of reps. Being a unilateral exercise, the single leg suspension squat also builds stability on one leg, a must for Thai boxers, and is another progression toward full pistol squats.

I favour pressing from behind the neck as it better trains the muscles stabilising the scapulae, that tend to become long and weak from our fighting stance posture. It’s also a progression toward the overhead squat and snatch (olympic lift). Pressing behind the neck is only a problem if you have injured or unusual shaped scapulae (shoulder blades), most people are fine.

The barbell push press allows you to knock out the remaining hypertrophy volume reps with the same weight you used for the preceding strength lift. It also begins to build power, coordinating the triple extension drive from the legs against the floor up into the arms (specific to punching power). This leg drive also transfers to kicking techniques too.

The bent-over row not only adds strength to the horizontal pulling pattern (balancing the amount of horizontal pressing Thai boxers perform with all that punching), but also significantly strengthens the postural muscles stabilising the back and the scapulae — helping counter act the effects of a Muay Thai stance on long-term posture.

The suspended rows add the volume required for muscle hypertrophy and allow for simple ‘trimming’ of the amount of resistance for the desired number of reps. The core muscles are also once again used to stabilise the body.

Landmine twists are another true core strength exercise, this time working anti-rotation in the transverse plane — which is specific for all punches, kicks, elbows and knees. This exercise can be a real game changer.

That about wraps up a brief look at my reasons for selecting the exercises in Session B, I hope this insight has proven useful.