It’s hard enough preparing for a single fight, but what if you’re involved in a tournament and are expected to fight on consecutive days? Or even multiple times in one day? Do you need to change your conditioning training to suit this?

This article has been prompted by Sean, who asked this great question:

“Hey Don, love your site. I am an amateur Muay Thai fighter here in the states with only one fight under my belt.

I hope to compete in a few tournaments in the next few months, which could result in 4 or 5 fights over the course of a weekend.

Do you recommend any different types of conditioning for a tournament as opposed to a single fight? Or should I just keep doing what you have already suggested?” 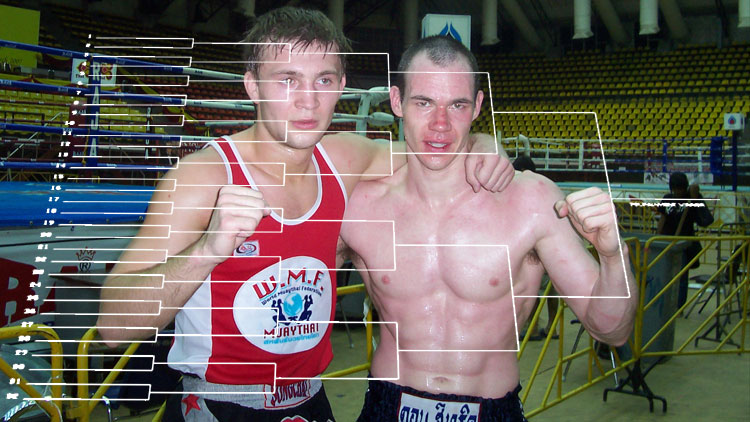 First of all, a tournament is an unpredictable animal, and to even make it to a second fight you must win the first one.

This may seem obvious, but I’ve seen many fighters fall at the first hurdle simply because you were thinking too far ahead and not concentrating on the task at hand.

Concentrate on each fight with full attention.

I’ve had my share of tournaments. Literally, the luck of the draw plays a big part in how far you go and just what sort of state you’re in when you get there!

The opponent you’re facing may have drawn easy fights, coasting though relatively unscathed, while you’ve had to fight your heart out and are banged up.

Personally, in an Amateur World Muay Thai Championship I’ve drawn extra fights while everyone in my weight category except for me (and my first opponent) had a bye to the next tournament round. And then two fights later, have drawn the defending two-times World Champion at the semi-final stage.

I lost a close split decision, leaving the tournament without a medal. It’s the luck of the draw.

As well as drawing an extra fight, I happened to draw the tournament favourite at a stage that cost me a medal place. But, that’s tournaments for you. I was just as likely to get an easy ride!

Many things in a tournament are outside of your control, so don’t sweat it, go with it. All you can do is get yourself in the best shape possible.

But what is the best shape for a tournament? What type of energy systems conditioning do you need, and is it any different to the conditioning needed for a single fight?

When fighting multiple times, recovery is your secret weapon. It’s kind of like taking your banged up race car into the pits. Your pit crew go screaming into action replacing broken parts and patching up what they can as quickly as possible to get you back out racing as fast and reliably as possible.

Although rapid recovery is critical to long-term athletic development, and equally important in a regular single fight format, it can be a big differentiator in a tournament.

Taking away all the stuff you can’t control, your recovery is something you can have a direct impact on.

What Exactly is Recovery?

You body constantly fluctuates between two states, recovery and stress.

This is something your body controls in the background, as your autonomic nervous system (ANS) is predominated by either a parasympathetic (recovery) response or a sympathetic (fight, flight, or freeze) response.

For example, your sympathetic system kicks in every time you physically stress yourself with exercise, increasing your heart rate.

When you stop exercising, your parasympathetic system takes over, bringing your heart rate back down again.

The fitter you are, the quicker your heart rate recovers after exertion, and the lower your resting heart rate will be.

While you’re body is sympathetically stressed (fight, flight, or freeze), all systems are on high alert to deal with danger. And this stress isn’t just physical, it can also be mental/emotional.

Your body responds in much the same way to a hard work out as it does to getting grief from your boss at work, or a terrible nights sleep (Jamieson, 2009). And here’s the important bit – your body can’t begin repairing damage until it returns to a recovery (parasympathetic) state.

During each fight, you’ll become sympathetically stressed, not only due to the physical exertion of the fight itself, but also because of the mental and emotional stress of the fight, and everything leading up to it (weigh in, nerves, travelling, disrupted eating and sleep etc.). The quicker you can shift back to a (parasympathetic) recovery state, the quicker you’ll regenerate ‘Wolverine style’ before your next fight.

Measuring and tracking heart rate variability (HRV) is a way to know exactly where you’re sitting in the balance between stress and recovery (Jamieson, 2012). But, more on that another time.

Anything that stimulates parasympathetic tone, cancels out sympathetic stress and will help you recover quicker. Here’s some easy wins:

·      Rest well and relax between fights – meditation/visualisation is the bomb!

·      Gently move joints/muscles to aid recovery rather than seizing up

In addition to this, of course treat any acute injuries immediately using ice, compression and elevation to reduce inflammation if necessary.

Can you train to recover quicker?

Yes you can! Recovery requires a strong aerobic capacity to recharge your batteries between fights.

Good aerobic capacity means your body triggers your parasympathetic system easily and shifts into a repair and recovery mode quickly and effectively.

Better aerobic capacity = better recovery (not only between fights, but also between rounds and even between fight combinations).

This kind of training best fits in your programme during the preparation or transition phase – I’ve put together a free video series explaining how to structure this phase and why. Click here to take a look at that.

As a general guide, if your resting heart rate is 60 bpm or lower, and your average HRV scores are above 80, then your aerobic capacity is pretty good for Muay Thai.

For a tournament, you need to prepare as you would for any fight, but attention must also be paid to your recovery strategy too.

This strategy not only includes nutritional and relaxation interventions on the day, but also aerobic capacity development weeks, or months before the event.

Energy system (conditioning) training is a massive part of a fighter’s training puzzle, and is something that should be integral to your strength and conditioning programme.

Aerobic capacity is an under valued athletic quality that is critical to your rate of progress, both in the ring, and from one training session to the next.

Don’t be the fighter that loses just because you didn’t respect the contribution of a rock solid aerobic capacity. All other things equal, “He who recovers fastest, wins.” ~Scott Sonnon.