ARE YOU MAKING THESE 3 ROOKIE TRAINING MISTAKES?

Are you making these 3 mistakes when planning your training?

1. Not understanding the boundaries of different types of training

2. Training the wrong types of sessions together

3. Emphasising the wrong type of training either too far away or too close to a fight

It’s important to understand that TYPES of training are different to training SESSIONS. By training types, I’m referring to training that targets or stresses certain physiological adaptations.

Before I go into more detail on training types and how they affect each other, let me give you an overview of the typical number of different training sessions in a week for a Thai boxer. 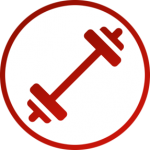 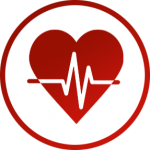 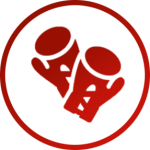 2-6x Muay Thai sessions if you’re training outside of Thailand, depending on your competitive level

…or 6-12 Muay Thai sessions if training in Thailand!!

I classify Muay Thai sessions as pad work, bag work and sparring. Everything else is strength and conditioning – it’s supplemental training to make you better in a way Muay Thai training alone can’t.

It’s easy to plan traditional Muay Thai training weeks and individual sessions, because it’s effectively all endurance training. There’s little in the way of conflicting adaptations to manage. But saying that, it’s still unknowingly messed up by many… more on that in a moment!

But as soon as we add strength/power training, we need to be careful that training sessions don’t “cancel each other out”.

Training sessions can hit more than one training stimulus or type. The types of training I’m referring to are speed, strength/power resistance training (neuromuscular), aerobic endurance training and anaerobic lactic endurance training. It’s important you understand what these are, and train them in the right order to avoid wasting time and achieve your best personal performance.

As a fighter, you must concurrently train both strength and endurance qualities. The problem is it’s difficult for your to body adapt to these conflicting demands!

But, the best Thai boxers must be great “all-rounders”, with speed, power and endurance. And that needs planning!

By properly sequencing a strength and conditioning program, we can reduce the conflicting impact of placing strength and endurance training types too close together. And of course benefit from getting the best from both types of training – and hopefully, your opponent isn’t!

As well as having an overall plan for a “Training Phase” as I call it (running from one major fight to the next), we also have a plan specifically for each week too.

And ideally, you’d separate resistance training from either endurance or Muay Thai training on the same day by at least a few hours too.

When it comes to endurance training, also bear in mind that training both aerobic and anaerobic lactic systems at the same time will create conflicting demands and waste effort.

This is where many Thai boxers messing up their training programs, even if they’re not using resistance training! Correctly sequencing your cardio conditioning sessions makes a massive difference to your fight fitness.

As a fighter, prioritise aerobic power first and then learn to tolerate lactic endurance for a short 2-4 week burst closer to a fight. Overdoing the lactic work will make your body default to this energy pathway, and you’ll gas out much easier!

I’ve seen this done badly so often, wasting time and untapped potential, that I’ve designed a stand-alone Cardio Conditioning Program module to guarantee the best results for anyone wanting to address this part of their training.

Thai boxers should see-saw between explosive anaerobic Alactic (without lactate) power bursts and aerobic recharge. Extended lactic tolerance training should be used sparingly so as not to mess this up!

Part 3 in the free video series, “The Science of Building Champions” explains everything you need to know about Muay Thai cardio conditioning in easy to understand detail.

You’ve only got so many units of time to allocate to your training each week. Don’t waste them spending effort on training sessions that piece together conflicting training types. It’s like swimming against the tide – applying great effort to stay on the spot… or even go backwards!