I Won The Fight, But Nearly Lost Everything

Back in 2012, I won what turned out to be my last fight, but was taken by ambulance to hospital immediately afterwards to spend the night under observation.

Of all my fights, this one felt the most physically gruelling… my trademark strength and physical fitness had suddenly abandoned me – as if my opponent was wearing Kryptonite.

Leading up to the fight, all systems where go; nothing to indicate I’d experience this kind of engine failure mid flight!

I’d made weight easily, I didn’t even have to dehydrate for the day before weigh-in… so despite a likely weight disadvantage, everything was looking good.

My fight camp had gone perfectly, I’d planned and executed my training peak to perfection. And although 40 years old, I was in the best shape of my life.

Warming up for the fight back in the dressing room, I became aware of a sore throat, which quickly escalated with a blocked nose to match…

No big deal. A cold can often strike around a fight due to the increased stress on the body when ramping up training. Usually, if I caught a cold, it would be just after the fight, but this time it was on the day!

Just a stuffed up nose I thought – I might struggle to get my oxygen in while wearing a mouthguard, that’s all. A quick squirt of nasal decongestant spray up each nostril, and breathing was easy again.

Round 1 started well… I landed a knee to my opponent’s face that dropped him spectacularly to the canvas, with a nasty cut below his eye.

But then, things started to feel weird.

I should have been able to turn up the pace with ease, but even though it was just the first round, I was feeling tired. Really tired.

I wasn’t able to shift up gears, and as the bell rung, I returned to my corner feeling like I’d just been pushed really hard.

I felt I was making a meal out of this. I could stop this guy, but my power had gone. As the announcer called “seconds out, round two.” I couldn’t believe how little I’d recovered.

Despite the rest interval, my heart rate felt like it was smashing out of my chest.

As the referee commanded “chok”, my mind told me this opponent is really pushing me hard, it’s time to fight.

I moved in and cleanly landed full power kicks and knees… but this guy was still standing!

How is that possible? If I get the opportunity to hit like that on an unguarded target, I do damage. But despite a wince, he failed to crumple. 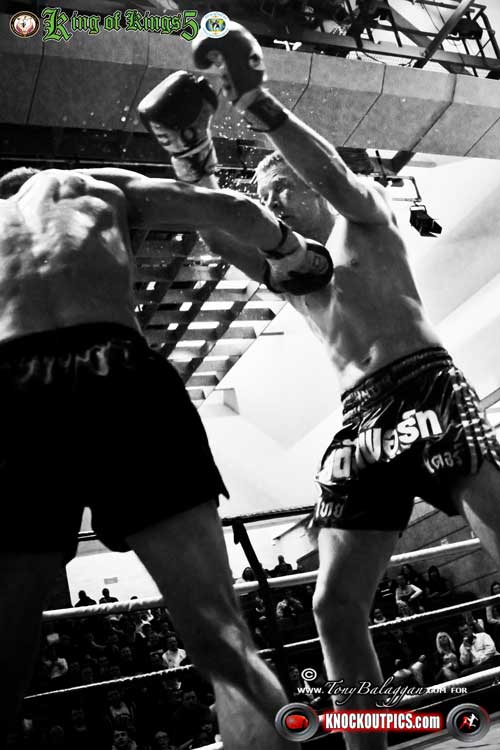 It was like a bad dream, where I was given a free shot, hit with everything I’ve got, and the bully still stood there.

To be honest, the rest of the fight was a blur.

I remember feeling that it didn’t seem to matter if I used footwork to move away and recover a little, I still felt like I was going flat out. So instinctively, I just kept working, kept attacking.

But I couldn’t hurt him.

It was surreal, confusing, and above all massively draining.

Somehow, we both got to the end of round 5…

And I remember thinking, “I don’t care if I’ve won or not, I need to lie down and get my breath… That was the toughest fight ever.”

My hand was raised, but all I wanted to do was get out of the ring and back to the dressing room.

On autopilot, I looked to my supporters in the crowd and gestured a wai… but my mind and body felt like it was swimming in lactic.

As I climbed down the steps out of the ring clutching my winners trophy, I felt my legs giving way. I could now hardly stand.

The next thing I knew I was being helped to walk by my corner team, and the paramedics where hot on my tail.

I was laid out in the dressing room, ECG electrodes stuck to my chest, oxygen mask over my mouth, with my heart rate through the roof… and wasn’t coming down at all! 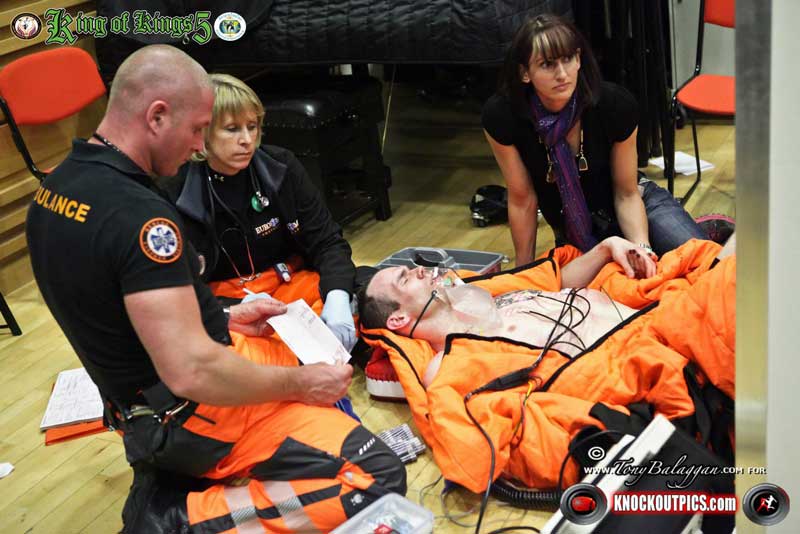 Everyone around me seemed concerned, but despite still struggling to get my breath, I felt like I just needed time to recover… “I push this hard regularly in training… just give me some more time.”

But what I didn’t appreciate, it was now hours after my fight – I was in a mental and physical fog.

The paramedics told me, “You’re suffering from tachycardia, and we’re sending you to hospital now. We’re getting you an ambulance.”

Once in the hospital, more tests, more monitoring, a little more recovery. But not enough recovery, despite being connected to a saline intravenous drip.

My resting heart rate was typically 45 bpm, but now, despite being more than 6 hours after the physical exertion in my fight, my heart rate was a rapid (for me) 83 bpm when lying down.

And I was told my blood lactate levels where critical… In fact, I should have been throwing up, suffering muscle cramps and been super sleepy. Not symptoms I had, I just felt a little tired.

Apparently, my fitness levels meant I could tolerate critical blood lactate levels. And although I felt well enough to leave hospital, I had to stay in overnight.

It was an eventful night, involving regular, shuffling trips to pee several times an hour – due to the intravenous drip permanently tapped into the back of my hand.

I didn’t get much sleep to say the least. But by the morning, I passed the tests and got to go home again to my family.

So what the hell happened?!

It seems I had a very rare reaction to the nasal decongestant spray I used that day. Tachycardia is a side effect that affects less than 0.01% of the population… lucky me!

When tachycardia strikes, although your heart is pumping faster, it’s not pumping properly… and oxygenated blood doesn’t make it around your body.

Combine this with physical exertion (like trying to win a Muay Thai fight), and you have a situation where the body goes into a lactic state and just stays there, unable to recover.

Luckily, I got away with it. But I was at risk of heart failure, stroke, sudden cardiac arrest or death.

So despite how I felt, everyone was obviously right to be concerned, and I should have spent the night in hospital!

Lucky to have not ended myself right there in the ring, lucky to have escaped without any permanent health problems…

And lucky to win the fight! 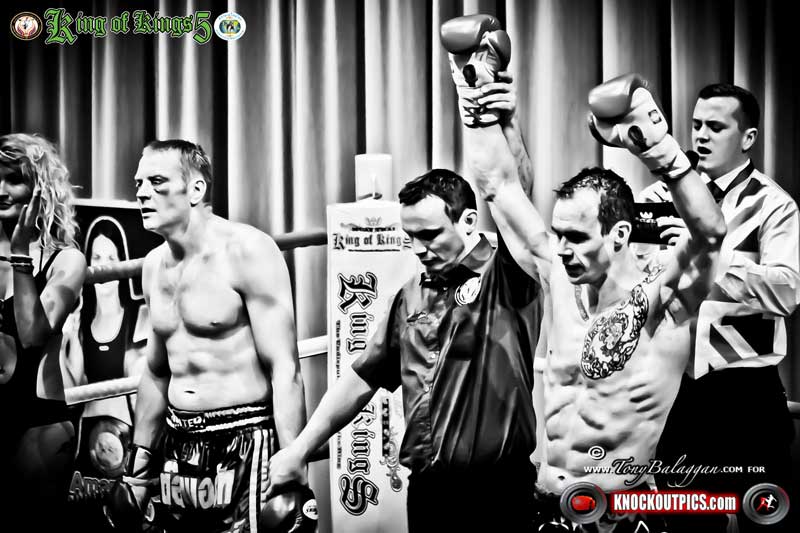 It goes to prove that habits are king. If I had the habit of backing off when training was tough, I’d have done the same in the fight – given up.

I’ve conditioned myself both physically, and above all mentally, to meet a challenge head on, or die trying. Although… I didn’t intend to take that quiet so literally!

And I would love to hear your feedback. So leave me some comments below the video and let me know if you’ve had any scares, and how your training affected things.

Thank you, and I’ll catch you next time.