And many fighters struggle to “feel” the difference between knee and hip dominant patterns, or understand how they play out in fighting movements.

And we’ll explore how both knee and hip dominant patterns are used in Muay Thai, and why your body needs to build your capability to handle these shapes without cheating due to lack of mobility, stability, or strength.

Knee dominant movements are more demanding on the quad muscles in the front of your thighs, and create vertical thrust, elusive backwards movements, or breaking force when moving forwards. 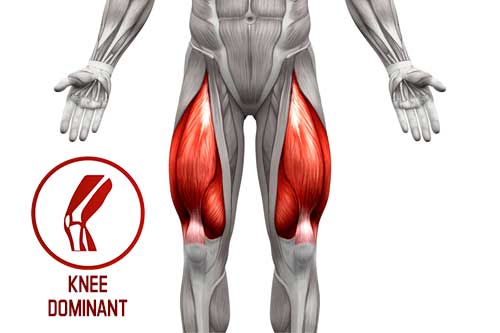 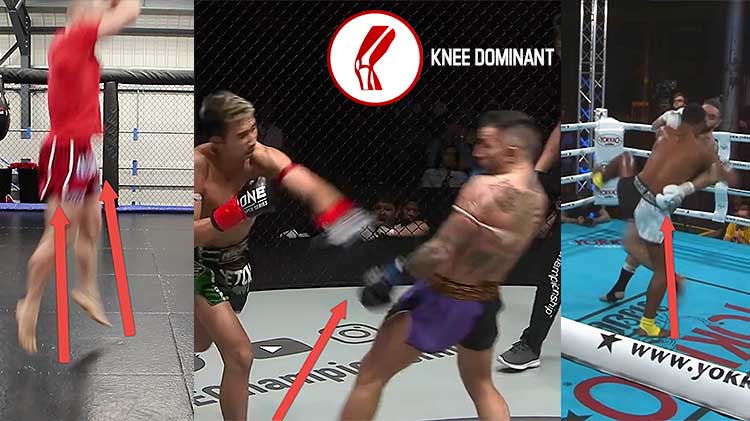 Hip dominant movements are more demanding of your glute and hamstring muscles in the back of your thighs and backside, and create horizontal thrust (toward your opponent), aggressive forward movement, the acceleration force when moving forwards. 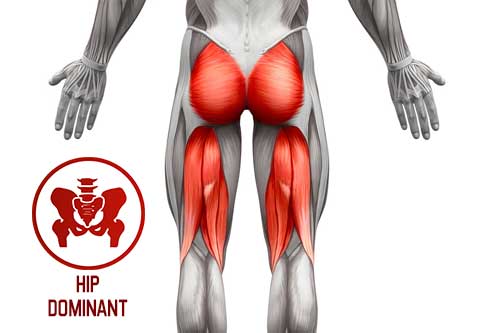 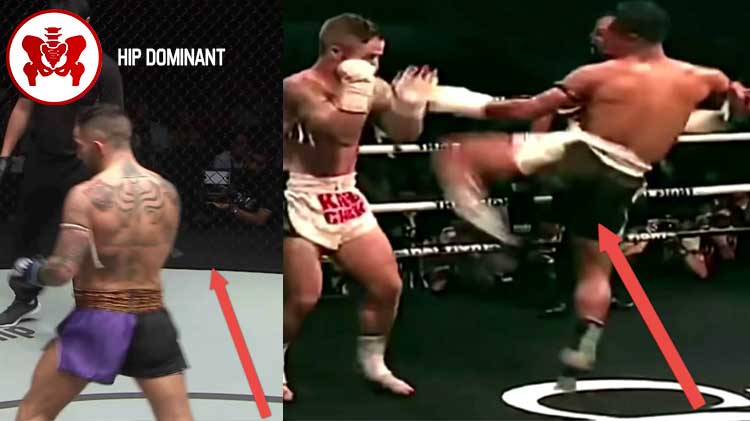 To help you feel these two distinctive movement patterns, and to activate them during your warm up for lower body resistance training, let’s look at a really effective drill…

Check out the Knee-Dominant Hip-Dominant exercise drill in the video at the top of this page. 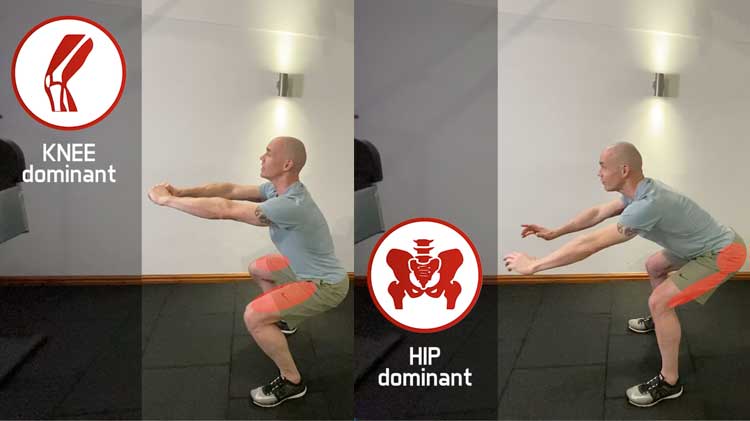 Now that you can truly FEEL the difference between knee and hip dominant movements, let’s look at how these play out in a few Muay Thai specific examples…

Footwork patterns will primarily use either…

And when it comes to techniques themselves…

Saenchai’s lay back kick evasion demonstrates an incredible knee dominant pattern. Virtually limboing under the kick and returning back to stance! 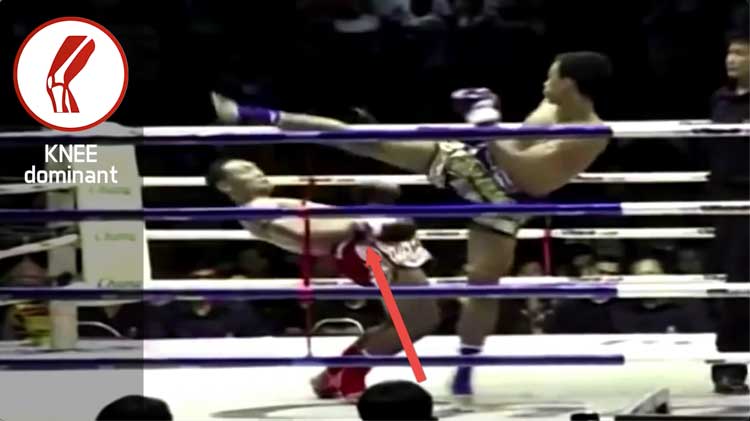 We’ll stick with Saenchai for an example of a hip dominant horizontal jumping round kick, creating horizontal force from the glutes and hamstrings before delivering the kick into the target with a knee dominant pulse, as with all round kicks. 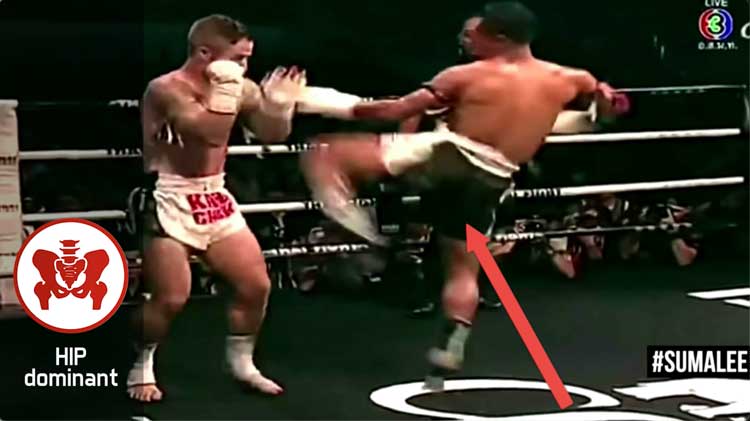 And a knee dominant vertically jumping round kick, creating vertical force from the quads. 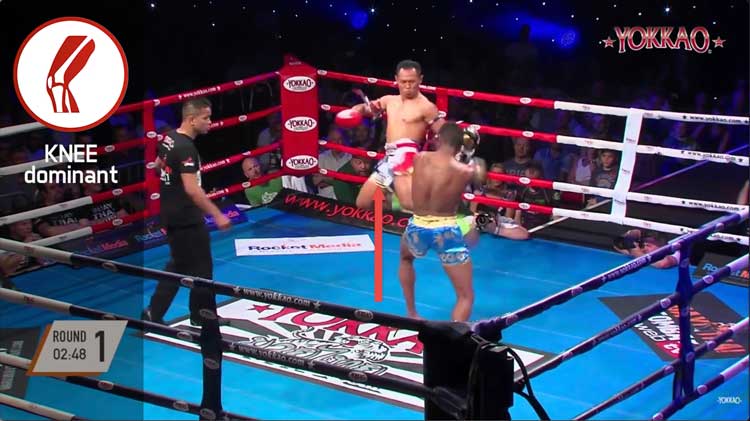 Buakaw’s hook punch is predominantly initiated from the floor with a strong hip dominant drive. 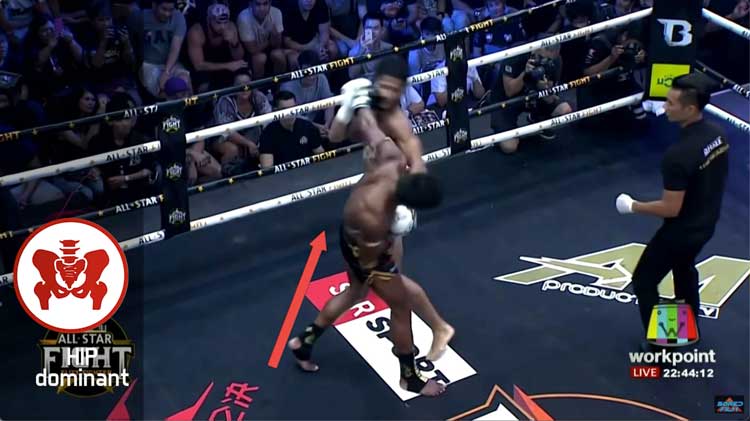 And here’s an example of a knee dominant jump and landing from Lerdsilla to avoid being swept. 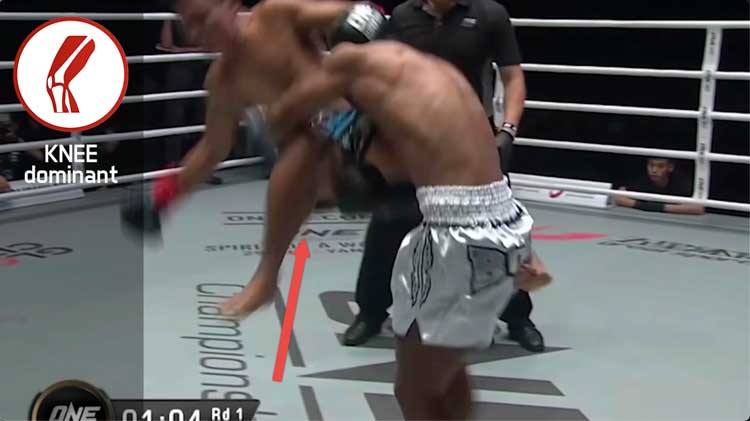 Superbon’s KO round kick also predominantly initiates from the hip dominant action of the rear leg. 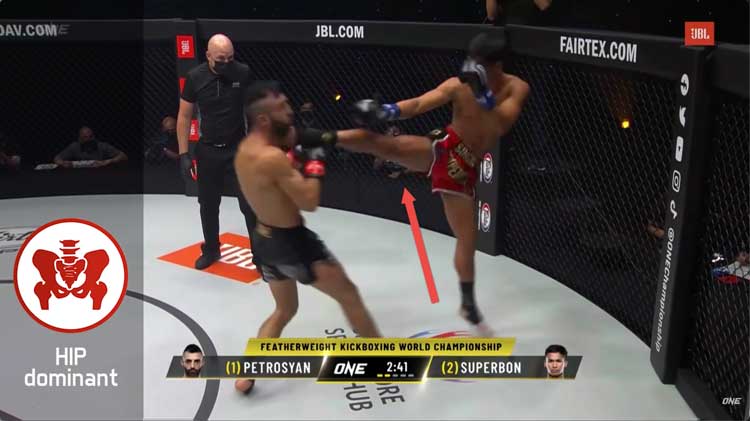 In this example, Singdam uses a knee dominant hoping action to prevent himself being thrown in the clinch. 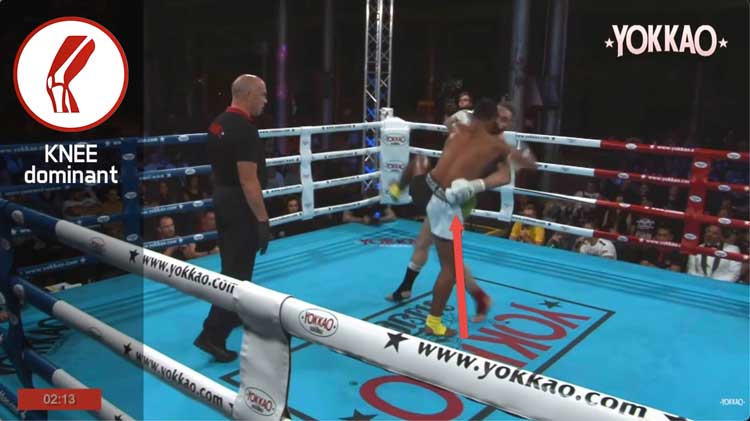 And finally, here Nong O uses a force couple… This starts with a hip dominant drive with the rear leg followed by a knee dominant breaking action on the lead leg, torquing his hips into his cross punch. 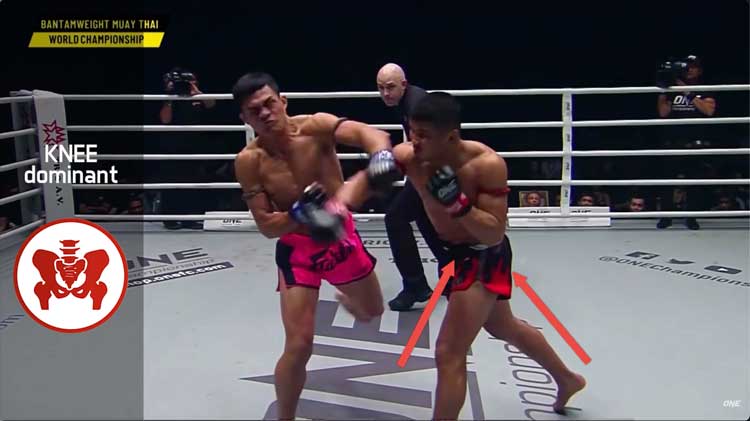 Incidentally he then uses knee dominant footwork, pushing off his right leg, to evade following his attack. 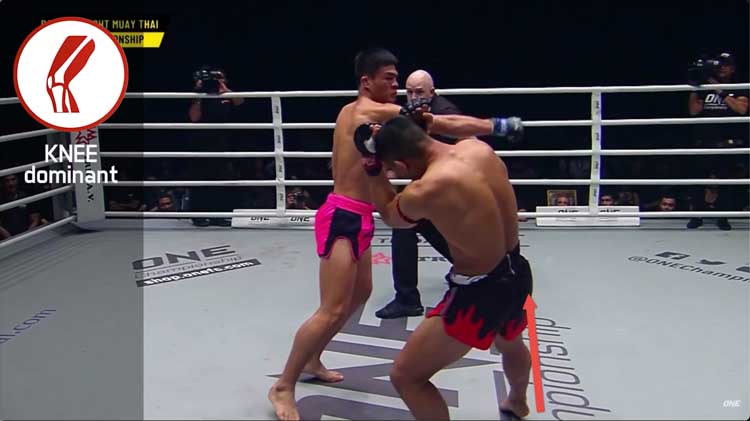 Practise the sport skill movements in your technical Muay Thai sessions, but also overload those patterns in strength and conditioning sessions to enhance your mobility, stability, strength, power and speed.

That way your body can use these patterns effectively in your fight without cheating around it and either losing power or increasing likelihood of injury.