When it comes to fat loss, ever wondered who hits harder, BIG or FAST?

Toni did when he asked…

“I have a question regarding weight loss and punching power. Let’s imagine we have 2 genetically identical fighters…

Which of the two hits harder? The heavier or the fitter?”

I love this, it’s right up my street! I’m going to use some simple physics to reveal exactly who wins this punching contest and why!

Big Or Fast, Who Punches Hardest?

In this episode we’ll prove if being heavier, or being faster results in the hardest punch, so you can decide if losing body fat will reduce your KO ability, and how to best train to deliver the most destructive strikes possible.

Taking Toni’s question, I’m going to standardise it to make it a fair test, and we can see who would REALLY hit harder…

So literally the only difference between these two fighters is 12kg of body fat. Fighter 1 is just over 15% heavier, but has no strength advantage.

Because both fighters have the same amount of muscle mass and strength, their force production is the same. But Fighter 2 has less mass, and being 12kg lighter will accelerate over 15% faster according to Newton’s 2nd law of motion (F = m x a).

Just like you’ll lift yourself quicker on a chin up bar if you don’t have extra weight added to you.

Accelerating faster means that Fighter 2 will reach a higher striking velocity by the time the punch lands given the same range or distance.

So now we really are comparing who hits harder, the heavier fighter or the faster fighter.

We’re comparing weight and speed, which is mass and velocity in scientific terms.

And using those two variables we can check out which combination generates the most destructive strike. And the best measure for this is kinetic energy.

Practical tests using arrows penetrating targets show that the greater the kinetic energy, the deeper the arrow sinks into the target. And the same is true of our punch too. 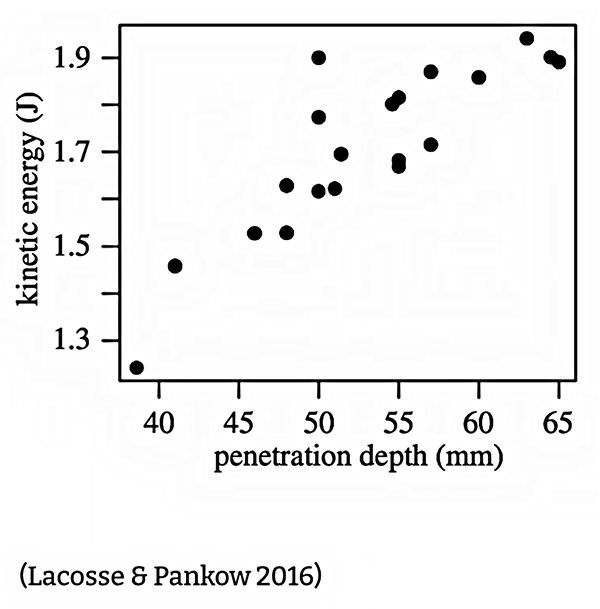 When we look at the kinetic energy of a strike, both mass and velocity matter. But, velocity is squared in the equation, making it twice as important.

But if you double the VELOCITY, you quadruple the kinetic energy!

In our example, despite being lighter and by virtue of being faster, Fighter 2 will be capable of hitting harder than the heavier Fighter 1 because they have a higher strength to weight ratio. 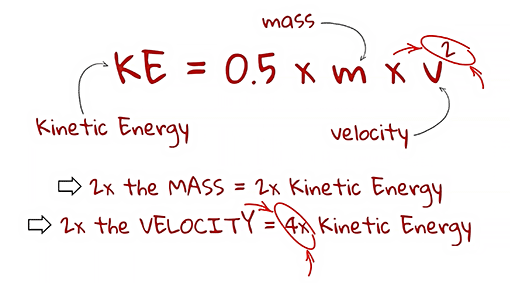 So either, or both reducing body fat while maintaining muscle mass, or training to increase neuromuscular strength without gaining muscle mass, will both increase your force production and your potential to explode faster, creating more kinetic energy and more KO power.

And if you want help understanding how to build neuromuscular strength, or reducing body fat while maintaining muscle mass and strength, I’ve put links to further resources for you on the show notes page for this episode too.