In the last episode, I explained that consistent effort over the long-term makes the biggest difference to your performance. To achieve that, there’s a common denominator – DISCIPLINE. 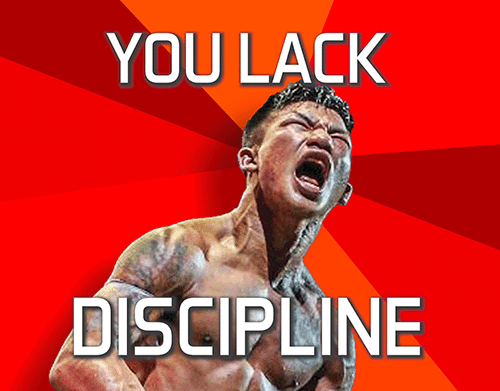 Discipline is what you need when your motivation has run dry… And it’s exponentially more important!

Discipline comes from caring enough about achieving something that you’ll do what it takes, even when things become difficult.

Firstly, you must strongly want to “achieve something”, have a meaningful goal.

Next, ”doing what it takes” involves taking the appropriate steps to reach that goal with an adequate level of effort or intensity.

And doing this ”even when things become difficult” requires consistency over the long-term. 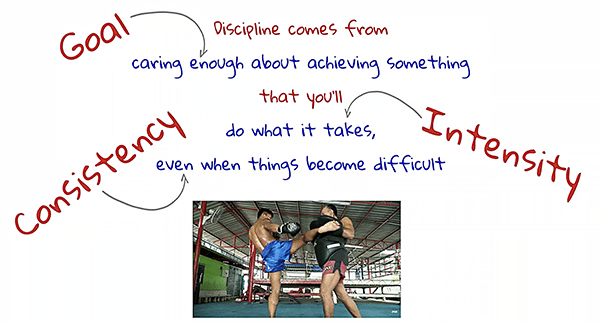 The Formula For Discipline

I see Discipline as a formula:

Understanding how to use this will turbo charge your discipline, and the results you’ll see from your training efforts…

In this episode, I’ll explore how to build the discipline needed to become the best fighters you can be.

We’ll take my formula (Discipline = Goal x Intensity x Consistency) and expand on exactly what each part brings to your level of discipline, and how you maximise each one.

As an analogy, the discipline needed to boil water (goal) requires you to apply enough heat (intensity) for long enough (consistency). Remove any of these elements and discipline simply falls apart. 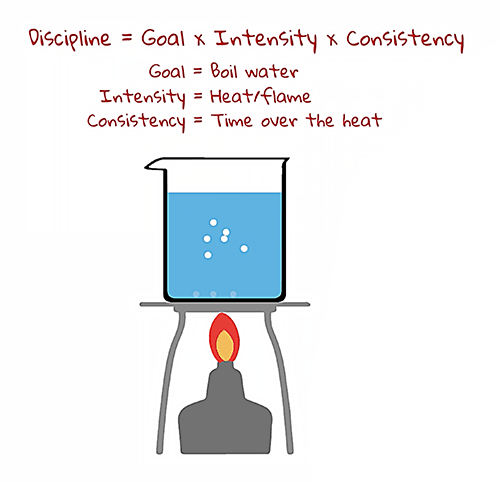 I find the discipline to become a better fighter is rarely sabotaged by lack of intensity or effort, rather it’s lack of consistency that leaves this goal unfulfilled.

And for me, consistency has two components; focus and grit.

Firstly, effort must be focused, or applied heading in the right direction. For example, when boiling water, you’re wasting intensity if you sometimes apply the heat underneath (directly heating the water), and sometimes above (heating the air instead)!

The goal of boiling the water must be broken down into specific steps that align with achieving that goal. Merely applying heat or intensity isn’t clear enough. Heat must specifically be applied beneath the water to achieve the desired effect. 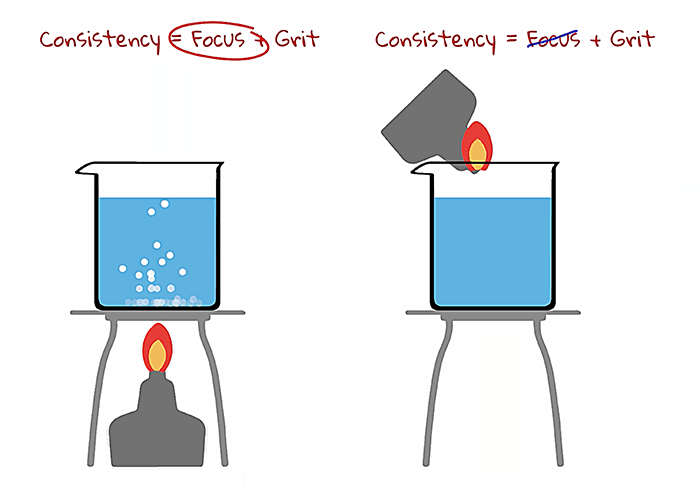 The same is true of a fighter’s training. Too many fighters intensely heat the air, while expecting their performance to boil!

Secondly, consistency is about having the grit to keep going long enough to achieve the result, when it either doesn’t happen immediately or you have set backs. It’ll take many minutes of adequate heating to boil the water. Giving up after a minute to try something else leads to failure. To succeed, you must trust the process…

In fact, the real magic happens when you love the process as much as the intended result! Success then becomes a byproduct of you doing what you love… It’s a byproduct of who you are.

And that’s how you’ll find the discipline to confidently focus your effort for long enough to smash your goals, and take yourself to a new level.

But how do you become a gritty fighter – develop that ability to consistently keep going even when things are tough?

When we apply grit to our physical training, pushing through a tough training session, we often call that “grind”…

To be gritty, you need to both believe enough in your ability to meet the challenge you’re facing, and for the challenge to stretch you enough not be either too easy (boring), or too difficult (petrifying!).

I previously spoke of “loving the process” in order to find the gritty, consistency required to meet your goal. But how can you do that?

Dr. Angela Duckwork describes grit as the combination of passion and perseverance. The “passion” part of this is where I’m going now…

To love the process you must find “flow”. 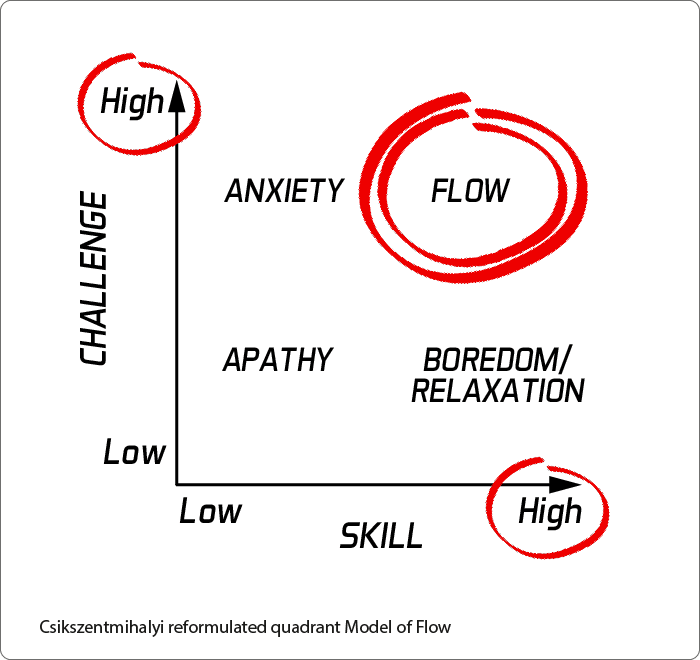 Flow state is a feeling where, under the right conditions, you become fully immersed in whatever you are doing. Time feels like it has slowed down. Your senses are heightened. You are at one with the task at hand, as action and awareness sync to create an effortless momentum. Some people describe this feeling as being “in the zone.”

It sounds like you, doing Muay Thai doesn’t it? That’s why you love it, it takes you into flow!

Psychologist and “Godfather of flow”, the late Mihaly Csikszentmihalyi described flow in his 2004 TED Talk like this, “There’s this focus that, once it becomes intense, leads to a sense of ecstasy, a sense of clarity: you know exactly what you want to do from one moment to the other; you get immediate feedback,”

Flow releases neurochemicals that give you a “high”. Your brain releases a cascade of norepinephrine, dopamine, anandamide, serotonin and endorphins. All five of these are performance enhancing neurochemicals, but they also make you feel AWESOME!

By following a path that sets tasks that help you find flow, you begin to LOVE the process!

However, you must still develop pure grit too, because some training tasks won’t give you flow in themselves…

But, by being gritty and sticking with these challenging tasks (because you know they’re essential steps toward your goal), you’re building a mind and a body that can handle a greater challenge without dropping out of flow and into anxiety or fear.

You also must use failures and setbacks as opportunities to learn how to become better instead of taking it to heart and quitting. When you come up short, your attitude is crucial…

If your internal dialogue is “I’m learning and improving” instead of, “I’m a failure with no talent for this”, then you’re destined for consistency and getting the best out of yourself.

In short, develop what Dr. Carol Dweck calls a Growth Mindset instead of a Fixed Mindset about your Muay Thai performance…

In our podcast chat together, UK Muay Thai legend, Liam Harrison demonstrates his growth mindset when he says, “I’ve failed my way to success…”

And you that growth mindset was on display in his amazing ONE Championship fight against Muangthai at ONE 156. He came back from being knocked down twice in a row in the first round, only to knock Muangthai down three times in a row in the same round to emerge victorious!

Grit is a habit like any other. You automatically behave how you behave on a regular basis, especially when under stress and fatigue.

And your greatest achievements come from the combination of chasing flow, while respecting the need for grit to push through the sticking points that drive even greater opportunities for flow.

I’m rooting for you… Find that flow, and have the grit to fight for it!