He’s here to inspire curious Thai boxers to discover how far they can really go, by bridging the gap between strength & conditioning, performance science, and Muay Thai. 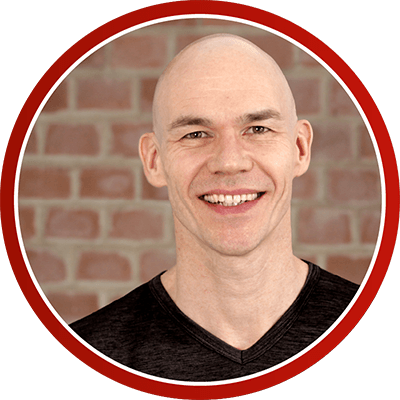 Who Don Is, And Why He Thinks The Way He Does

My background is mechanical design engineering…

I spent 18 years designing, prototyping, testing and developing video camera mounting products – from tripods through to robotic television camera pedestals. Serving companies like the BBC in the UK and ABC in the US.

But in parallel, I’ve always been a Nak Muay.

Here’s how I’ve merged the two streams of my life into something that really fuels my personal fire, and has helped Muay Thai fighters around the world level up their fight performance.

Don’s Experience at a Glance

From a young age, it was clear that Don was not only athletic (and drawn to contact sports), but also very analytical and keen to learn as much about improving physical performance as possible.

Throughout his time at school, he walked the path of both the geeky-nerd and sports fanatic, being selected to represent the school in athletics, cross-country running, hockey and rugby while also studying in the top science set.

Don was the kid with broken glasses (held together with tape) and muddy knees from playing American Football with his class mates in the lunch hour. In fact, eventually Don had laser eye surgery as it was no fun being smashed in the face while wearing glasses or contact lenses!

Constantly seeking to get more from his athletic performance, Don began reading all he could on the nutrition and training methods of elite athletes and began practically applying this to his own training practice. All this was a hobby, albeit a very passionate one, and Don left school to pursue a career in mechanical design engineering for which he’d also shown great aptitude.

In parallel with his engineering studies, Don continued to train and research his beloved contact sports, moving from American Football in 1991 to Judo, Kyokushinkai Karate, then earning blackbelts in Freestyle Kickboxing and Taekwondo before discovering MuayThai (Thai boxing) in 1997. The following year saw Don earn his BSc. (Hons) degree in engineering, and freed up considerable time for him to invest in learning all that he could on becoming a better athlete.

MuayThai was the perfect fit for Don, and there he now had a direct focus for all the supporting strength and conditioning work he was using. In 2000 Don became a MuayThai instructor and has regularly taught classes ever since.

Don discovered that his written work developed quite a following and he continued with monthly articles for a period of 3-years. At this time Don also wrote and published a free online “Nak Muay” magazine providing news, results and training ideas for Thai boxers.

This proved to be a fantastic learning experience for Don.  On his third successive day of fighting, he eventually lost a split-decision fight to Russian defending two-times World Champion Vitali Salnikov at the 2007 WMF World Championships.

Later that same year he went on to claim the 2007 EMC European Cruiserweight Silver Medal in the final with Mahmet Ozer from Turkey, despite being injured with long-term patella tendonitis.

During this time, the publication of Nak Muay Magazine proved to demand too much time and the project had to be parked.

In 2009, Don decided part-time training and coaching of fighters was not going to cut it, and he decided to dump his 18-year engineering career in favour of fully immersing in his passion for MuayThai.

He gained formal qualifications in Personal Training and Strength and Conditioning and opened a full time gym. This decision allowed him to provide a facility for athletes to engage in strength and conditioning training – the missing link for the fighters currently training in health and fitness gyms without the equipment, space or culture to allow Olympic weights and medicine balls to be thrown around.

In fact, in the first year that Unit 1 Gym opened, it was listed in the top 5 Combat Gyms of the Year at the National Fitness Awards 2010. Following a 2-year break from competition to build up the new business, Don got back onto the pro MuayThai circuit at the age of 40-years-old, climbing to 4th ranked Pro in the UK at Super Middleweight.

In 2012, inspired by the London Olympic Games, Don started his Heatrick.com blog site to share some of the concepts he uses to train fighters. And Don was surprised to receive great interest and glowing support from the Muay Thai community, when he expected his alternative views to many of the traditional Thai methods of physical preparation would have hime branded a heretic!

At the start of 2015, Don decided to hand over the full time gym to his business partner and concentrate on coaching private clients and Muay Thai classes, and shift his focus to providing online support for Muay Thai fighters looking for professional strength and conditioning information and programmes.

Now, Don is actively sought by Muay Thai fighters and coaches around the world, including Thailand. And he enjoys pushing the boundaries of what is culturally accepted in Thailand, with what is scientifically proven, to squeeze the best performances from Thai boxers in a traditional ring sport/martial art.

Don’s mantra of “Respecting the traditional. Embracing the new”, defines not only his personal philosophy, but also the fine line of acceptance that he treads. He hopes his continued work with the fighters at the Yokkao Training Centre in Bangkok will help break down barriers, and move the athletic training of the Thais forward. This will afford them even better performances, less wear and tear and training monotony too. And this is another challenge Don is certainly up for.

Sports science is constantly evolving as we better understand how the body really works. Don doesn’t claim to be an expert, but he enjoys learning the current best practice and applying this to his own training and the fighters and ‘regular clients’ he works with.

He’s passionate about what he does, and enjoys sharing what he has learned to help others progress faster and further. Don very much practices what he preaches, and believes that if he learns to be the best he can be, he can show others a quicker path to becoming the best they can be too.

The evolving nature of athletic improvement, and his constant, continuous learning, means that Don’s programming and advice is forever a “work in progress”. Always updating, always improving, based on more recent knowledge and practical experience.

Don has enjoyed over 20 years marriage to his (long suffering) wife Deborah, and loves raising their son and daughter to live their own healthy, happy lives. With a son into track athletics, rugby and motor sport, and a daughter training as a classical ballerina and contemporary dancer, physical activity is in their genes.

Having athletic, Thai boxing, gym training parents (yes, Deborah too), it was kind of inevitable! Even the family dog, Logan, (a Tamaskan Wolf Dog) demands plenty of exercise. Although learning and training obviously play an enormous role in his life, Don always puts his family first.

Back in 2012, I won what turned out to be my last fight, but was taken by ambulance to hospital immediately afterwards to spend the night under observation.

Of all my fights, this one felt the most physically gruelling… my trademark strength and physical fitness had suddenly abandoned me – as if my opponent was wearing Kryptonite…

You can get in contact with Don through social media:

Or, you can send Don a message using the chat system below…