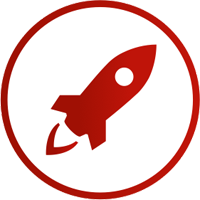 Where should I start?

I’ve put together a series of guides that pull together the most important info you need to know. 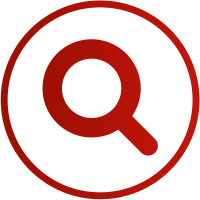 Type your search keywords below to get a personalised list of all the relevant content from this site.

In this episode, the Secret To Unstoppable Muay Thai Mojo! And I’ll start with a very short story… As the sun began to rise this morning, it was chilly but bright as I set off for my Sunday run with my dog, Logan. My running app was tracking my pace, and I was off to a good start. [...]

In this episode of the Science of Building Champions podcast I chat with Ognjen Topic, European born three-times world champion, WKA International Champion, and ranked number 1 in the United States, who’s also trained and fought extensively in Thailand too. Ognjen’s introduction to Muay Thai wasn’t the easiest (on so many levels)… And he shares how he became a champion, and what he believes [...]

In the long overdue 2nd episode of the podcast…. Former two-times World champion and owner of K-Star Legacy Gym UK, Damien Trainor generously shares his hard-earned Muay Thai knowledge – from both competing at the highest level in the early 90’s and onwards, and as a world renowned coach in the present day. We cover a lot in our chat together. Get a [...]

For many fighters, bodyweight training only serves as muscular endurance training – multiple rounds of upward of 10 reps per exercise. This approach develops endurance, or “conditioning”. It doesn’t touch the neuromuscular system that’s developed in resistance training sessions targeting strength, power, and speed. And in missing this, fails to plug the gap in athletic development left by Muay Thai training. [...]

Corona Efficiency – Tips for Returning to the Gym in 2020

Gyms around the world are either reopening or preparing to reopen very soon. It’s great news, but the reality of just what we’re going back to bears some thought. In order to reopen safely, gyms must abide by new operating restrictions and safe practice. The number of people allowed in the gym at one time will be limited to comply with social distancing [...]

I’m hearing more often from fighters that are doing their best to systematically improve their athletic ability... But are finding that well-meaning trainers are sabotaging them with regular “beastings” that set them back. A knowledge gap is beginning to grow between the students and trainers/coaches. Information is increasingly available online, and students are actively researching ways of optimising [...]

Another nice balance of questions between movement skill, resistance (strength, power, speed) training, and energy systems cardio (endurance) conditioning in this Q&A episode. In this second episode of the Q&A I'm asked... Hi, Don. What do u think of the Ido Portal method of focusing on proficiency in movement patterns? Why did u choose hang power clean/snatch [...]

Some big questions this week! In this episode of the Q&A I'm asked... What is better for the longterm progression and why? MAS or Main Conditioning from Heavy Hitters? Warm-up protocols to stimulate greater neural drive? Training at home and having trouble with loading leg exercises as I can’t squat due to hip/ankle mobility putting pressure on [...]

With the increasing volume of questions to fit into the 30 minute segment, apologies if I didn't manage to squeeze in your question in this episode! In this episode of the Q&A I'm asked... How often should you schedule training sessions that really push your body? Is it more important to focus fitness outside the fight camp, [...]

More solid questions coming in this week, and covering a good spectrum too. I'm also getting the hang of things on Instagram Live, and the supporting images work better this week – my head doesn't get in the way for a start! In this second episode of the Q&A I'm asked... Tiger Balm vs Namman Muay Oil [...]